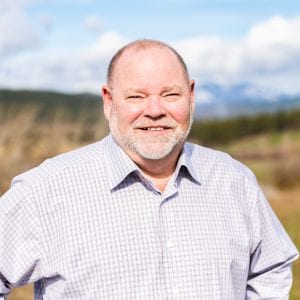 Jerry Martens is a lifelong Washingtonian who learned the value of hard work from his father, a small business owner specializing in building service stations in the 1950s and ‘60s. Through his carpenter father, Jerry developed a passion for building from a young age and has spent the past 50 years in commercial and residential construction as well as land development.

Jerry is a graduate of the University of Washington School of Building Construction. In 1980, a few years after leaving college, high interest rates caused a shutdown of the industry and he saw an opportunity to start his own business. Jerry will tell you that construction is his passion, so it’s never felt like work. Throughout the years, Jerry has built all types of homes and created developments across Washington — from starter houses to high-end custom homes and everything in between.

Jerry served as a Planning Commissioner for the City of Brier for 12 years as well as other advisory boards and land use committees in Western Washington prior to moving to Kittitas County. After he and his wife, Sheryl, moved to the Cle Elum area 20 years ago, Jerry became heavily involved in the local construction industry, serving as Kittitas chapter president of the Central Washington Home Builders Association as well as the greater Association president. He also helped found and was president of the Central Washington Built Green Association.

Jerry now owns and operates Rustik Kreations, a small business in Cle Elum that creates one-of-a-kind items and furnishings from antique, reclaimed, and salvaged natural wood. He also owns a consulting company serving clients across Central Washington. He currently serves as a board member of the Affordable Housing Council of Central Washington and is an appointee to the Kittitas County Flood Control Zone District board. He previously served as an appointee to the Kittitas County Water Conservancy board.

Jerry and Sheryl have been married for 47 years and reside just outside of Cle Elum. They have two grown children and two grandchildren.

Get Involved with Jerry's Campaign for Commissioner